Orchid tribal flower located on her left side

Keimei comes off as a very cold individual with no real interest in anything except her own desires or her clan. She follows Madara Uchiha’s outlook much like her ansestor Izuna and is very loyal to her clan doing whatever is necessary to assist one of her own, although she will not hesitate to take stand against one of her own if need be. She believe that all other clans look down and pity the Uchiha due to their fear of the Uchiha rising to power as the dominant successors.

I will show others the true power of the uchiha.

Uchiha ( Uchiha Ichizoku) - was one of the four noble clans of Konohagakure, and was also reputed to be the village's most powerful clan, producing shinobi that were exceptionally talented and battle-oriented. Together with the Senju Clan, they founded Konohagakure, but is now almost extinct after the events of the clan massacre. The Uchiha clan descended from the elder son of the Sage of Six Paths believeing that power was the way to bring peace, while the younger believed love was the way. The Sage favoured the ideal of the younger brother, and therefore designated the younger as his successor, causing the elder to be filled with jealousy and hate. From this hate came what  Tobi calls the Curse of Hatred or  Nikushimi no Noroi. However, the Uchiha suffered another more dangerous curse: a passionate love that can become a bottomless well of despair the moment the one they care for most is dead. Before the founding of the ninja villages, the Uchiha were one of the many mercenary clans for hire. Because of their sharingan as well as battle prowess, the Uchiha clan came to be known as one of the two strongest clans, the other being the Senju clan. Madara Uchiha was particularly powerful, and, upon attaining the Mangekyo Sharingan, took control of the clan. Under his leadership the Uchiha grew stronger, conquering whatever clans they came upon. Years later, after the "Nine- Tails Attack" on Konoha, people began to suspect that an Uchiha was behind the attack because of their ability to control the Nine-Tails with their Sharingan. The clan was forced to live in a corner of the village, ostracised from the rest of the community, and placed under heavy surveillance untill the faithful day Itachi Uchiha slautered the clan on Danzo's trickery leaving most dead, and others to scatter amungst the land. 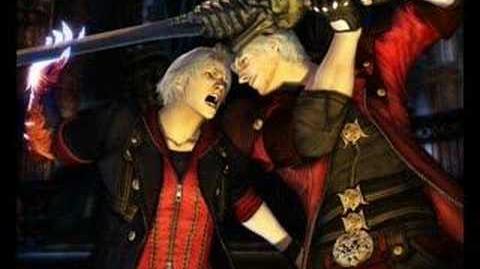 False Tranquility: Keimei puts her opponent in a genjutsu of a feild of white flowers with a clear sky. As her opponent is thinking they can recouperate, the sky darkens and the while flowers slowly turn a dark red as a wind blows threw the area scattering the flower petals into the air. Laugher could be heard in the wind but no visual clue can be seen to where its coming from. The wind then dies down as the mirage of keimei stands in the distance, she holds out her hand before snapping her fingers causing the loose petals to combust into simulanious small explosions before the image fades. Down side is that it requires alot of chakira and will weaken the user greatly making it a one time thing, or a finishing blow.

((Should be 250 words long at least. If you are 6 years old, you have 6 years of backstory which you can write about or at least make us aware of. ))

((Only Jounin's will fill this part out.))

Community content is available under CC-BY-SA unless otherwise noted.
Advertisement