Judges are an absolute Must for any type of Spar or Battle. There must be at least one judge who is a qualified Chuunin to judge spars, or a Jounin.

Under the Kage's Discretion, If someone enters the village and becomes threatening through the terms of role-play, they may or may not participate in the role-play from there on out. Some villages will allow this aggressive behavior, but be warned that it will not be a simple one on one battle.

Subdue/Imprisonment:  This would entail retirement of a character entered

Death: This would entail a character would be moved to the Graveyard Page of the wiki and is no longer able to participate in NNERp

Non Combative Travel: Each character in party is required to write at least one paragraph (4-5 lines) per IC day.

Combative Escape: Is to the discretion of the defending party. If you are the attacker, you need to finish the battle or escape every member of the party you've attacked before ending the RP unless the members of the defending party are unable to pursue and the escape has been verified OOC.

There is No attacking in the first post. First posts will be reserved for entry/introduction posts. ((Ex. but not limited to, What your char. looks like, clothing, weapons etc.)) (Anything that consumes chakra or a seal is considered an attack and cant be used on you first post.)

Post should be at least three lines or more. ((Your Posts should with practice get longer.))

For every three dodges, an individual is required to take the fourth hit in some shape or form.

God-modding is evading every attack that is thrown at you, being invincible, immortal, and not taking any damage. In NNERp's definition of T-1 for every three dodges performed, you must take the fourth attack in some shape or form.

Taking a fatal, severe, hit and roleplaying as if no damage was taken, showing zero signs of damage without a valid explanation of how the individual had managed to avoid the injuries.

Changing the setting of the battle field to suit one party's favor.

Inhuman like characteristics with the intent to unfairly carry on the battle. (Ex: regrowing a limb, head, organ)

Failure to respect this rule will result in the guilty party's post being voided, and allowing the opponent to post next. This would result in the attack performed by the person’s previous post to actually hit and you will then be forced to take said damage.

Auto-Hitting is categorized as:

Making contact or connection with opponent with an attack, deciding whether the hit or attack does damage to the opponent without giving the opponent a fair opportunity to: Block/Dodge/Defend/Deflect/Counter or even Recieve the hit and damage.

If an Individual auto-hits, their attack post will instantly be voided and the individual will be given a warning by the Judge.

If the Individual continues to carry out other Auto-Hits and ignore previous warning(s), they will be automatically disqualified.

Meta-gaming is categorized as:

Mixing OOC (Out of Character) Information and bringing it into IC (In Character).

Your dislike for an individual based on Out of Character experiences can not and should not interfere with your relation with the individual In Character.

An Individual found Meta-gaming during a spar or battle will have their guilty post voided and given a warning. If they continue to ignore warning(s) given, they will automatically be disqualified.

Death is inevitable and should be accepted

Whether an individual dies due to various factors such as: Old age, severe injuries/illness, during battle. Death will and should be accepted as it is an inevitable part of life and role-play.

If an individual's character is presumed dead, he/she will be asked to accept the death (As long as the death is under proper and approved by Kages) and asked to place the year of death onto the Character profile and retire the character.

If you wish to continue being part of NNERp after your character's death you are free to do so. However you will have to restart and return back to being an Academy Student as a new character.

Fairness and Honesty are one of the biggest and most important qualities to a fun spar or battle with another role-player.

Self-Fairness and Honesty: We ask that every individual rps following the rules and with honesty. Failure to do so can result in an inevitable bad rep from your peers and comrades.

Opponent Fairness and Honesty:  If you feel that your opponent(s) are being dishonest and unfair during either Spar or Battle, please speak up and consult the Judge(s).  However consult anyone about any problem in a respectable and mature manner.

Judge Fairness and Honesty: Judges are asked to be as unbiased and knowledgeable as possible. However if you feel that the judge for your Spar or Battle is being unfair and biased, the Spar or Battle can be placed on hold until further consultation from the Kages. 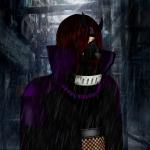 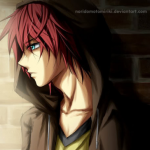